The lower for longer interest rate outlook that has been a key feature of treasury management strategies will soon have been in play for a decade. Whilst there have been repeated attempts by the authorities to prepare us for increases in interest rates this has, in the UK at least, been limited to a solitary 25bp increase to remove the emergency cut taken shortly after the 2016 EU referendum result.

Whilst the Bank of England is keen to rebuild its conventional monetary fire-power in preparation for the next economic downturn it has been, as yet, unable to do so given the uncertainty and fragility of the domestic and, with the exception of the US, international economies.

Our clients have largely avoided longer term fixed rate borrowing throughout this decade by utilising so-called internal borrowing alongside much greater use of short-term loans to plug gaps in cash flow. But there are increasing instances where further internal or short-term borrowing is inappropriate. This is never a simple decision as long term borrowing should not be undertaken without detailed analysis that provides confidence and support for a decision that will have potentially significant long term revenue implications. The flip-side of low interest rates that make borrowing rates potentially attractive is that the costs of prematurely repaying long term debt that need not have been borrowed in the first place is almost certainly going to be extremely prohibitive.

Far better to invest in getting the decision right in the first place.  There are many published treasury management documents approved by elected members that have far too flexible and opaque borrowing strategies within.

But once a decision has been made on the amount, duration and structure of borrowing the next question is on its specific timing.

At Arlingclose, we identify so-called break even borrowing rates by quantifying the trade-off between borrowing today at a certain cost – allowing for the temporary cost-of-carry until the funds are used - with the forecast cost of borrowing at rates prevailing when the funds are required. With the increasing availability of competitive alternatives to the PWLB – both in terms of structure and price – it is important to be able to quickly assimilate where value opportunities amongst lenders exists.

For now the majority of longer term fixed rate borrowing is sourced from the PWLB. A decision on the timing of borrowing should not overlook the relatively high levels of day-to-day volatility in underlying bond yields upon which PWLB rates are based. We should not be blasé about overlooking the importance of getting the timing of execution as good as we can simply because interest rates are generally defined as being low.

To that end, we have analysed PWLB Certainty borrowing rates back over 3 years and calculated a 1 month moving average, shown in the graph below, to dampen the effects of daily volatility. 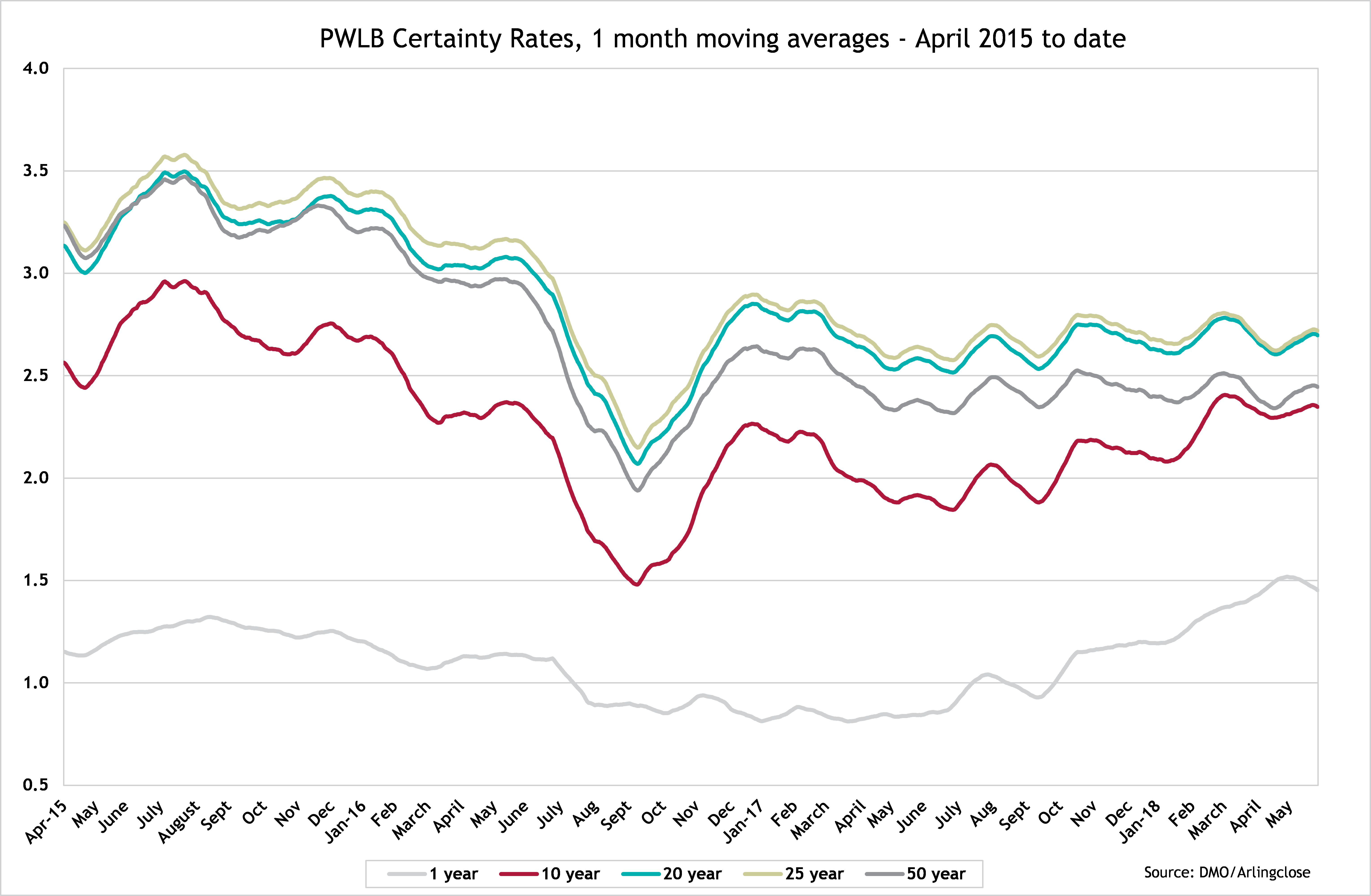 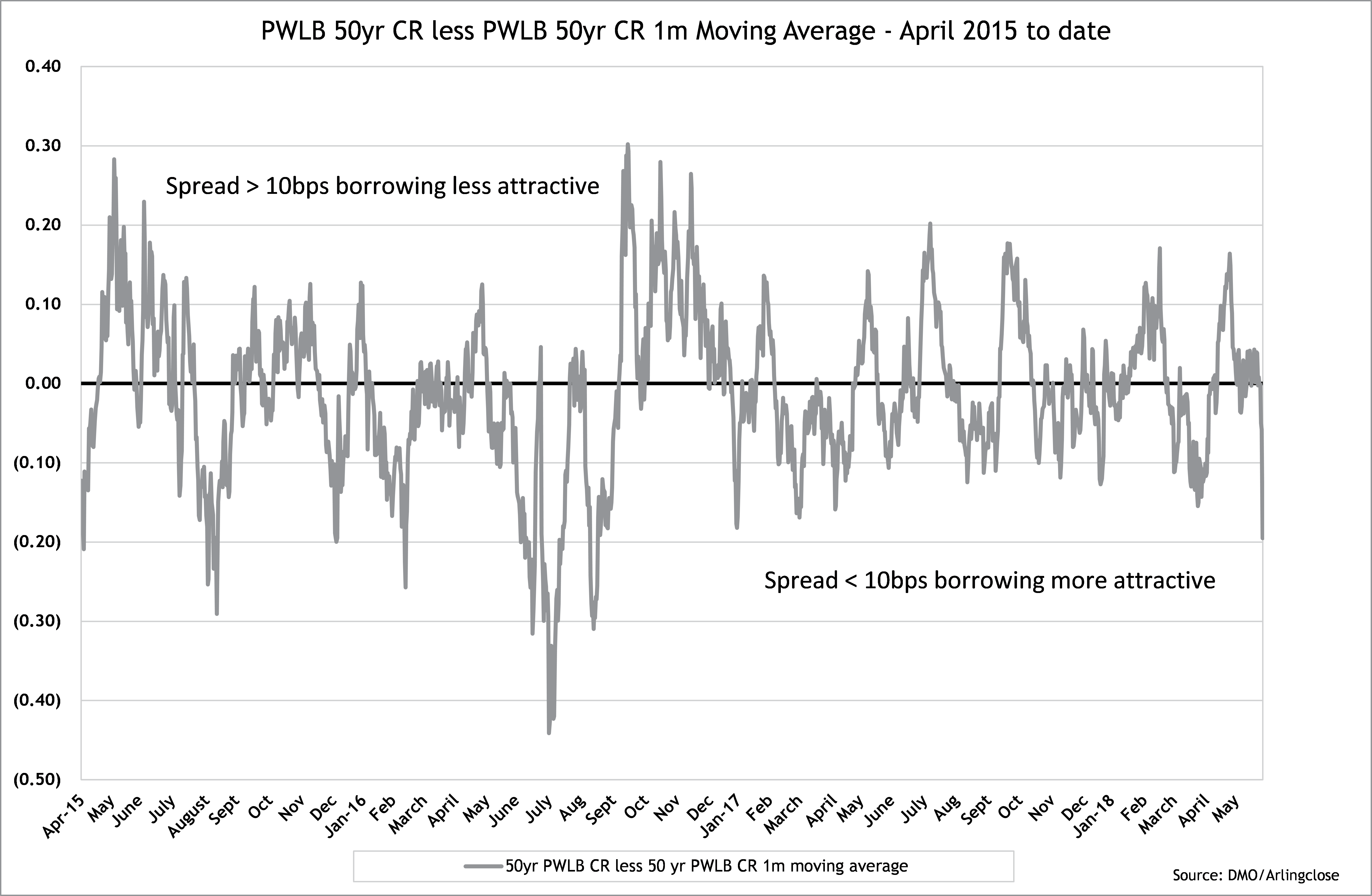 Clearly, this analysis works alongside a range of other considerations but has helped clients fine-tune the timing of the execution of longer term borrowing decisions in the troughs of the rate cycle as opposed to its peaks.