In a recent insight we discussed the mechanism for apportioning interest costs between the General Fund (GF) and Housing Revenue Account (HRA) and suggested that this might be an opportune time to revisit the interest cost recharge mechanism in light of the lower HRA borrowing rate that is currently available from the PWLB.

The majority of outstanding HRA debt relates to historic borrowing decisions but now the HRA debt cap has been removed and now that there is a specific HRA borrowing rate available from the PWLB there should be an increase in HRA capital investment and therefore HRA borrowing. Is it now time to consider future borrowing relating to the two funds under two separate borrowing strategies?

When external borrowing rates were unified the decision-making process regarding the funding of the capital programme was relatively straight forward. We used to look at the liability benchmark for the local authority as a whole and make borrowing decisions based on the lowest overall cost strategy dealing with the apportionment of interest costs across the funds through the agreed internal mechanism.

But what will happen now that the HRA can borrow from the PWLB at 1% lower than the GF?

The following graph is based on a hypothetical English local authority with an overall CFR of £125million (GF £15million and HRA £110million), outstanding borrowing of £105million and a total future borrowing requirement of £150milion over the next three financial years: 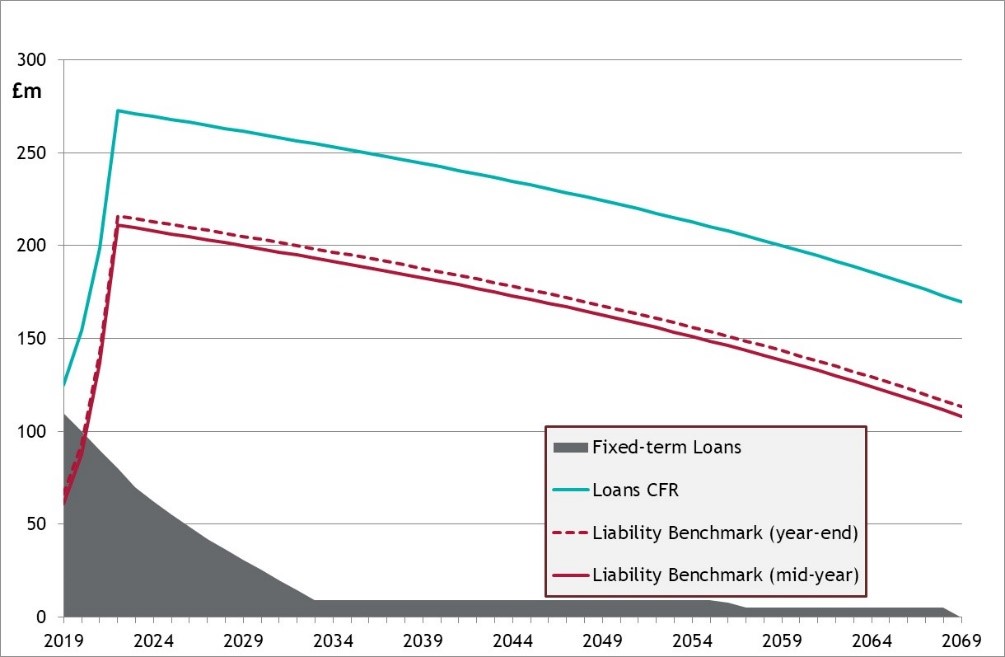 From the chart above we can see that whilst the CFR increases from £125million to £270million over the three year capital planning period, due to the extent of balances and cash flow surpluses the total amount of borrowing required to reach the liability benchmark (minimum required debt level) maxes out at approximately £210million. It could be appropriate to take an element of longer dated funding supplemented with short-term variable rate borrowing but should this long-term debt be taken at the PWLB Certainty Rate or the discounted HRA rate?

To answer this question, we need to strip out the two different funds from the above graph because the funding needs will be different. In this example the GF capital programme totals £100million over a three-year period and is financed through MRP over 50 years. The total existing debt portfolio of £105million relates to the HRA so the GF has an overall maximum borrowing requirement of £115million as highlighted below: 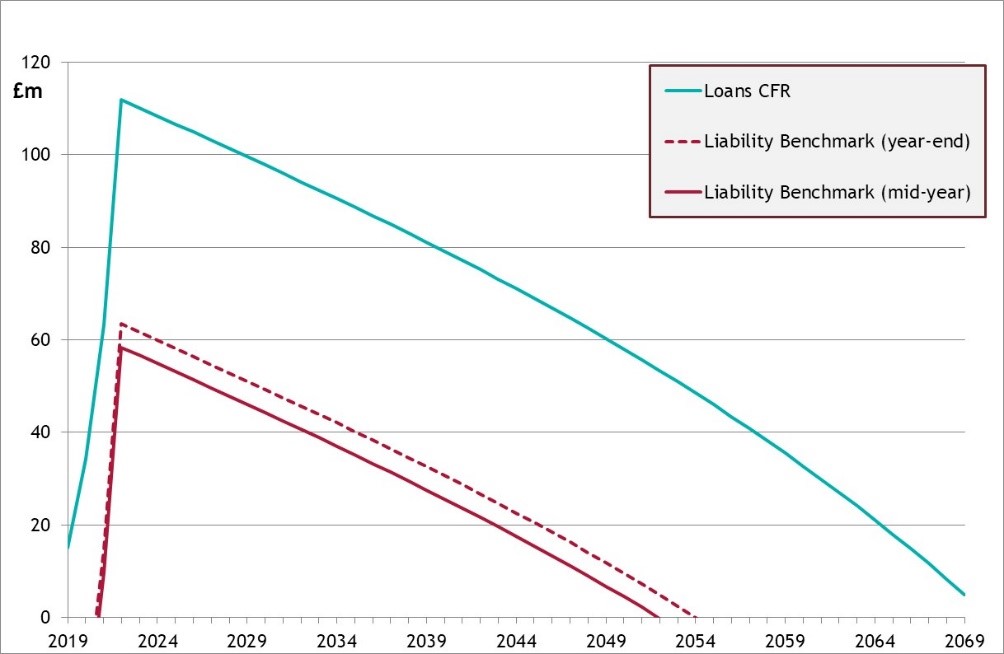 As with many housing authorities most of the balances and reserves are GF related so in this case the liability benchmark suggests a maximum borrowing requirement of just under £65million. The shape of the liability benchmark would lend itself to a short-term borrowing as this would be the most cost-effective method of funding this capital spend but it could be argued that an element of this borrowing is locked out to generate some certainty in interest cost, but certainty is expensive at the current PWLB certainty rate.

But if we now look at the shape of the HRA funding requirement things look completely different: 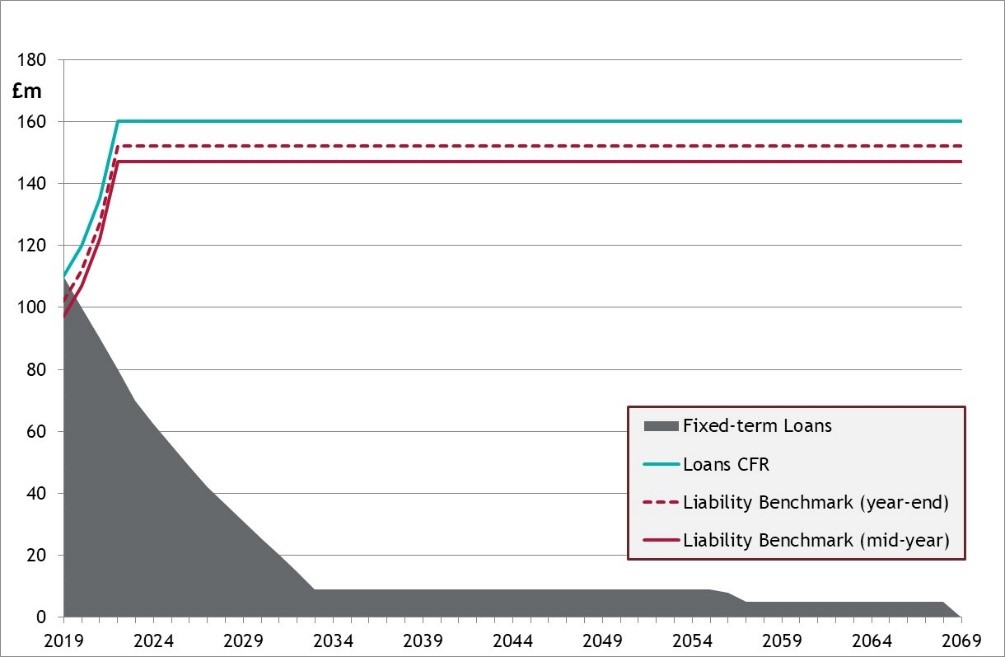 With the HRA capital programme totalling £50million the HRA CFR increases to £160millon and with no requirement to make MRP this will require funding over the entire 50-year period. As well as this new funding requirement existing HRA debt is also maturing and will require refinancing over time.

With existing HRA debt and a small amount of HRA balances the full amount of borrowing would not be required immediately but long-term borrowing decisions would need to be made during the current financial year. In this example we may recommend long-term borrowing at the new HRA discounted rate with the balance funded via short-term variable rate loans but if HRA interest costs can be allocated directly to the HRA and be met from rent payments maybe only fixed rate borrowing is required?

So, is looking at the whole picture (Chart 1) still appropriate now that there is a discounted rate available for the HRA?

Probably as a starting point to establish the overall financial position of the authority, but a detailed understanding of the GF and HRA longer-term funding profiles is also required to understand if there is merit in accessing the lower rate HRA debt that is available from the PWLB.

Without this detailed analysis of the GF and HRA we may have recommended taking the longer dated PWLB debt at the certainty rate costing the HRA 1% a year in additional interest costs every year so understanding the make-up of the balance sheet and the future borrowing requirement is fundamental to this type of decision making. Working closely with your treasury advisor to understand your exact borrowing requirement is key to getting the balance right.